We will be your host this week and give you your crash course in the world of rowing.  Here is what we will be covering this week:

To get you started, here are some fun facts about rowing and some famous names that you might recognize.

Theodore Roosevelt – Before becoming President, Teddy Roosevelt was a well-known bad ass. In 1876, he was on the boxing and crew team at Harvard University.  Below is a photo of Roosevelt in his crew uniform at Harvard. 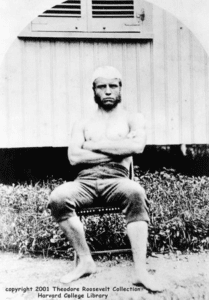 Stephen Hawking – Stephen Hawking, the genius theoretical physicist and author, was once a coxswain at Oxford University.  It was reported that Hawking’s first had difficulties making friends so he joined the college boat club “to be one of the boys”.

Hugh Laurie – Yes, Dr. House was indeed a rower. His father, Ran Laurie, even won an Olympic gold medal in the coxless pairs at the 1948 London Games.

Helen Keller – Helen Keller was the first deaf-blind person to receive a Bachelors of Arts degree and is an inspiration to deaf and blind people around the world.  She proved that other people with her disabilities could participate and accomplish many things that were thought to be impossible.  One activity she enjoyed participating in was rowing! She learned to row while in Massachusetts and enjoyed having her friends in the boat to steer her in the right direction.

he failed to keep up with his teammates and nearly lost his spot on the boat. He then found a position as a coxswain where he was able to excel and keep his position.

Bradley Cooper: Rowed at Georgetown University. After missing most the season Bradley Cooper and a bunch ofmisfits nearly out beat Minnesota in the Dad Vail Regatta. Cooper’s coach said it was one of the best races he had seen because Brad and his crew had no reason to be there! Just pure will and tenacity!

Winklevoss Twins: Yes, the twins who rowed at Harvard University and had the “original” idea for Facebook. They were made famous in the movie the “Social Network” where they were “enemies” of Facebook founder Mark Zuckerberg.